Based on Article 34 Paragraph 1 of the 1945 Constitution of the State of the Republic of Indonesia, the Law on Human Rights, the Law on Child Protection, and the Decree of the President of the Republic of Indonesia Number 36 of 1990 concerning the Enforcement of the Convention on the Rights of the Child, basically it provides protection for street children, homeless people, and beggars in Indonesia. This includes Makassar City. In Makassar itself, several regulations have been established as a form of implementation in the regions, such as: Makassar City Regional Regulation Number 2 of 2008, then Makassar City Regulation Number 3 of 2009, along with Mayor Regulation Number 87 of 2016. As a form of implementation, the government has brought order community by taking preventive and repressive measures. The government deployed Civil Service Police Unit officers in the regions to carry out rehabilitation and raids on the homeless with one goal, to provide guidance. All this is done with the hope that they do not return to the streets, and can carry out their social functions in society. This study used a descriptive analysis type of research, with a normative sociological-juridical approach. That is research conducted by abstracting social phenomena, concepts, principles, doctrines, theories, legal norms and legal rules (written and unwritten) in addition to values, principles, norms and rules that will be described in relation to by fostering street children, homeless people, beggars and buskers. 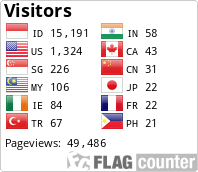